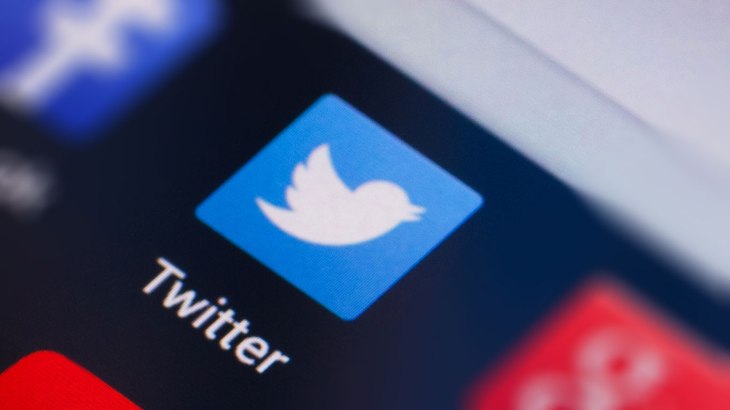 Yes, the cesspool of bad opinions, personal attacks, venting, raging, score settling, election meddling, grievance airing, vengeance seeking, corporate influencing, product pushing, and narcissism. Yours truly has decided, after all these years of staying off social media (at least as far as my online alter ego is concerned), to join the fray.

May God have mercy on my soul.

For the longest time I decided not to self-promote and allow my writing to spread organically. And since May 23, 2012, that’s been the case. But no more. I’m not sure how to explain the change of heart. I guess I’d like to connect with you, my dear readers, in a way that goes beyond email. I’ll admit I can be slow to respond at times (when you have another personal email and a work account to keep track of, maintaining yet another one can be a hassle), so perhaps this’ll remedy that. You should have noticed by now that I’ve also changed the appearance of this blog. So I guess you can say “change” is in the air.

So, that being said, go ahead and follow me if you are so inclined to do so! I’m at @RyanTakahashi87. If you follow me, I may follow you back – assuming I’m pretty sure you’re not a Russian bot, a mean-spirited troll, or anything like that. I think that whole “Russian bot” is a bit overblown, but that’s neither here nor there.

As far as content goes, I’ll definitely promote new blog posts, remind you all of older posts, keep you in-the-loop about future posts, and curate opinions/takes/ideas for future posts. I may also sprinkle in stuff about pop culture, sports, bodybuilding news, sharing content produced by other female muscle enthusiasts, and conversing with you, my loyal readers. For the sake of everyone’s sanity, I’ll avoid (or try to avoid) discussing politics. There’s enough of that going around as it is. No need to add to the noise. And if we’re being honest here, talking about our favorite female bodybuilders is soooooooooooo much more interesting and worthwhile. I hope you agree with that sentiment.

So have at it! I’ll see you on the other side. Let’s keep things classy, fun, sincere, honest, and as positive as possible. We all need more of that in our lives.

In the Year of Our Lord Two Thousand and Twenty, it is exceedingly easy to view our current state of affairs through a pessimistic lens.

Over here in the United States of America, this past week has been rough. Worldwide, the past three months have been a doozy. Nothing seems normal anymore. In calmer times, “boring” is considered a bad thing. Today, we’d all take “boring” in a heartbeat. I know I would.

Between COVID-19, economic shutdowns, financial anxieties, rampant unemployment, and here in the U.S., protests and riots caused by the death of an unarmed black man at the hands of police, it’s understandable why our opinion of humanity would be at its lowest. What started as an outrageous tragedy in Minneapolis has cascaded into a nationwide nightmare chock full of angry demonstrations, social unrest, riots, property destruction, reckless endangerment of innocent bystanders, and lives uprooted. It doesn’t appear as though the people smashing windows and burning down buildings have ever considered the negative effects this will have on poor people and racial minorities. But then again, thinking isn’t an activity an angry mob will often participate in while throwing bricks at car windshields.

It would be an overstatement (an insensitive one, to be exact) to say that this is our Darkest Hour. This isn’t blitzkrieg. This isn’t the Nazi invasion of Europe. This isn’t the Holodomor or the Holocaust or the Rwandan Genocide or the Tiananmen Square Massacre. But that doesn’t mean people aren’t hurting. Around the globe, the novel coronavirus is still killing thousands of people and causing social/economic/political destruction that will last for years to come. So this is less about our current situation and more about Bad Times in general, no matter what form it takes.

During the Bad Times, people often resort to enjoying the basic things that make life worth living. Food, cooking, music, art, movies, sports, literature, poetry, gardening, exercise, and so on. In times of uncertainty, we seek certainty. And enjoying a bowl of spaghetti and meatballs is certain to bring you joy. Or watching your favorite childhood movie. Or reading your favorite book again and again. Or tending to your plants. Or painting the sunset from the comfort of your back porch. We know that we’re in the midst of the Bad Times, but hopefully these storms will pass and we will see bright clear skies once again in short order.

But in addition to certainty (and stability), we also seek reminders of a better future. It’s not just relishing in past glories, but also looking forward to happier days ahead. And this can be done by appreciating humanity at its best. It’s easy to see humanity at its worst (just turn on the TV or scroll through endlessly terrible Twitter takes). But humanity at its best is right around the corner if you know where to look.

For me – and, I suspect, for many of you as well – I look to female bodybuilders as my shining beacon of hope. It didn’t occur to me until fairly recently that part of the reason why I admire female bodybuilders so much is because they represent the pinnacle of human achievement. They don’t shatter the glass ceiling. They prove to us that there is no ceiling to begin with. That ceiling is an artificial social construct that exists for no other reason than we think it exists. Unfortunately, believing it exists is enough to give it so much power.

But those who are able to escape from the limitations of other people’s narrow imaginations will find themselves accomplishing things they never knew were possible. Society says a woman with big muscles isn’t sexy. Alina Popa proves them wrong. Haters say men will never accept or celebrate female bodybuilders. The legions of guys who attend bodybuilding shows, pay for sessions, and support FBB entrepreneurs would like a word. Whenever you try to put an FBB into a box, she will inevitable break out of it and carry on with or without your approval.

When I see photos of Cindy Landolt, I see the Peak of Human Potential. Not “Female Potential,” but actual “Human Potential.” Miss Landolt is more than just a regular flesh-and-blood human being. Her body is art. Her life is a celebration of what it means to be human. Her achievements inspire those around her to become better. It’s as though Cindy has transcended her original form and reached a new level of purpose. Her purpose is to add beauty to the world. As long as she lives, Cindy is just like a rainbow, mountain range, cherry blossom tree, or sunrise over the horizon. She’s a beautiful part of nature who reminds us that the Good Times didn’t go away. They’ve just been temporarily overshadowed by the Bad Times.

FBBs will never become mainstream, but that’s not the point. My point is to demonstrate why female bodybuilders are important to our lives. We are deeply attracted to them, both physically and emotionally. During times of stress, tumultuousness, and social upheaval, we desire to be reminded of things that brought us happiness. For many of us, strong beautiful women bring us this happiness.

Indeed, such a feat is in fact possible. When I see photos and videos of female bodybuilders flexing their biceps, I see the limits of human potential being challenged. Expectations of what is or isn’t possible subverted. I see women who refuse to be shackled down by sexist beliefs and take matters into their own hands. Sometimes, quite literally. They’re picking up weights with their hands, with each repetition making them stronger and stronger and stronger. Just take 30 seconds to scroll through Jessica Sestrem’s IG account. Don’t tell me she looks “manly” or “unfeminine.” Don’t tell me her large muscles make her a tomboy. She’s as girly as someone can possibly be. And she has enormous biceps that put most guys to shame (even guys who regularly workout). If she were to get even bigger, do you doubt that she’ll continue to be as gorgeous as she currently is? I don’t.

No reasonable person expects FBBs to transform society at large. But for the small number of us who do appreciate these ladies for who they are, they offer us comfort during the Bad Times. The Dark Times. Our Darkest Hours. They remind us that humanity at its best can be as beautiful, aspirational, and transcendent as anything you can imagine. People can be terrible at times. But every once in a while, we deserve to have our faith rewarded. We deserve a sliver of light in a world of darkness.

Female bodybuilders are that light. Maybe not for everyone, but for us. No matter how insignificant that may seem, that’s all they need to be for us. A light.

Not a savior. Not a miracle. Not a cure for all that ails us. But a light. A bright shining light.

It may not seem like that’s enough. But it is. That’s more than enough.